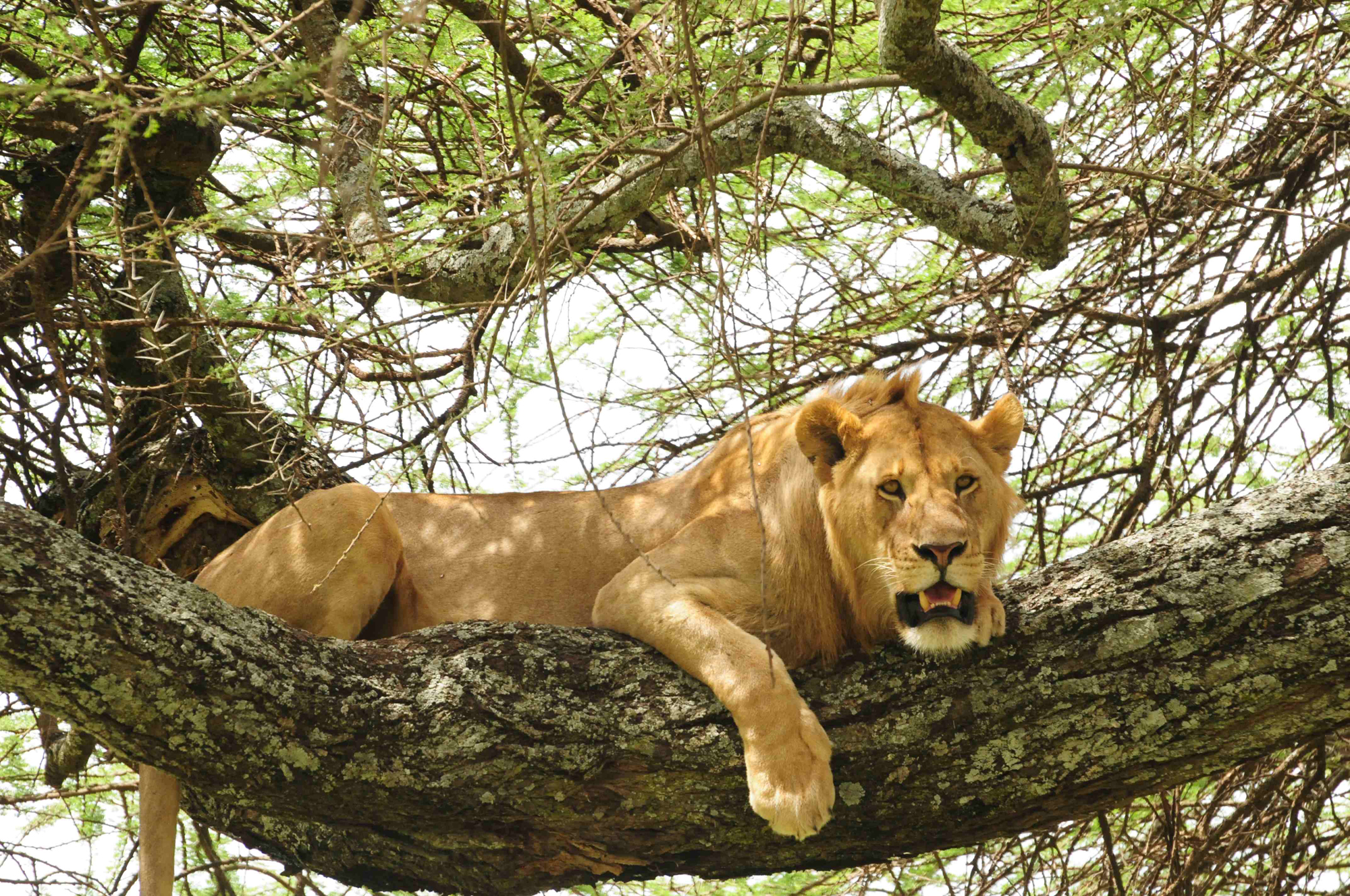 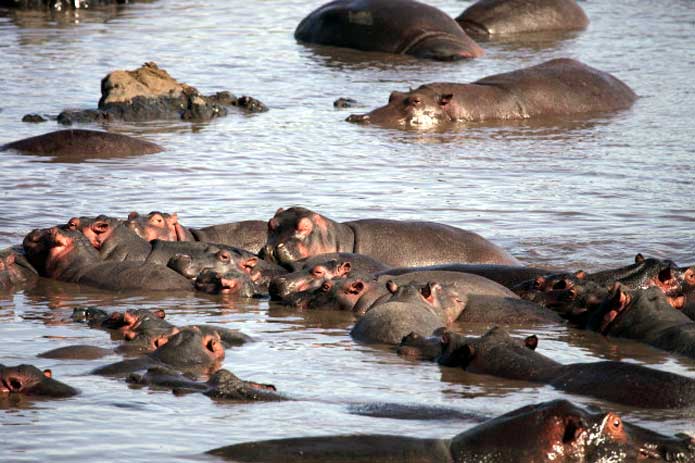 Lake Manyara National Park is located 126 km (78 miles) south west of Arusha and can be reached by car in an hour and a half. The park can also be reached easily from Babati the capital of Manyara Region. The park is also very close to Park There is also an airport, Lake Manyara Airport (LKY), located at the top of the rift wall.

Is a Tanzanian national park located both in Arusha Region and Manyara Region, Tanzania. The two administrative regions have no jurisdiction over the parks. The park is governed by the Tanzania National Parks Authority. The majority of the land area of the park is a narrow strip running between the Gregory Rift wall to the west and Lake Manyara, an alkaline or soda-lake, to the east.[2]

The park consists of 330 km2 (130 sq mi) of arid land, forest, and a soda-lake which covers as much as 200 km2 (77 sq mi) of land during the wet season but is nearly nonexistent during the dry season.

Lake Manyara National Park is known for the flamingos that inhabit the lake. During the wet season they inhabit the edges of the lake in flocks of thousands but they are not so present during the dry season.

More than 400 species of birds inhabit the park and many remain throughout the year. Because of this Lake Manyara National Park is a good spot for bird watching. Visitors to the park can expect to see upwards of 100 different species of bird on any day

Game drives, canoeing when the water levels is sufficiently high. Cultural tours, mountain bike tours, abseiling and forest walks on the escarpment outside the park.and this can be done during the dry season.

Leopards, Maasai lions, cheetahs, elephants, blue monkeys, dik-dik, gazelles, hippopotami, Maasai giraffe, impala, zebras and many more wild animals inhabit this park and many can be seen throughout the year. There is a hippo pond at one end of the park where visitors can get out of their cars and observe from a safe distance. The leopards and lions are both known to lounge in the trees while not hunting for prey.

LAKE MANYARA NATIONAL PARK IS THERE FOR YOU