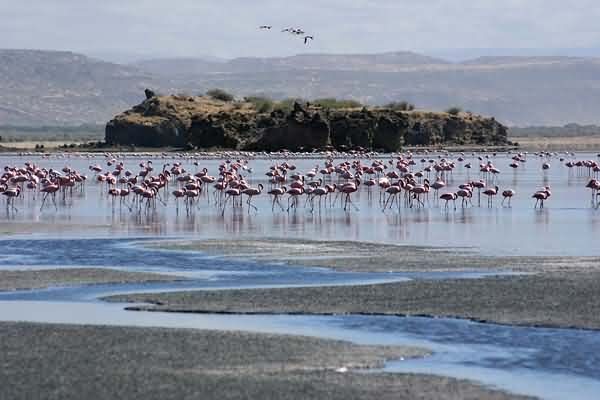 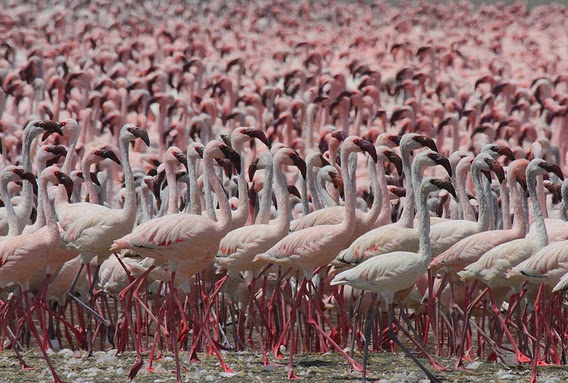 Is a salt and soda lake in the Arusha Region of northern Tanzania. The lake is close to the Kenyan border and is in the Gregory Rift, which is the eastern branch of the East African Rift. The lake is within the Lake Natron Basin, a Ramset Site wetland of international significance.

The lake is fed principally by the Southern Ewaso Ng’iro River, which rises in central Kenya, and by mineral-rich hot springs.[1] It is quite shallow, less than three meters (9.8 ft) deep, and varies in width depending on its water level. The lake is a maximum of 57 kilometers (35 mi) long and 22 kilometers (14 mi) wide.[1] The surrounding area receives irregular seasonal rainfall, mainly between December and May totaling 800 millimeters (31 in) per year. Temperatures at the lake are frequently above 40 °C (104 °F).

High levels of evaporation have left behind natron (sodium carbonate decahydrate) and trona (sodium sesquicarbonate dehydrate). The alkalinity of the lake can reach a pH of greater than 12. The surrounding bedrock is composed of alkaline, sodium-dominated trachyte lavas that were laid down during the Pleistocene period. The lavas have significant amounts of carbonate but very low calcium and magnesium levels. This has allowed the lake to concentrate into caustic alkaline brine.

Lake Natron is home to some wildlife, you might see the occasional giraffe or zebra – but this is not the main reason to come here. Instead, visit this area for its remoteness, scenery and for an interesting route into the back of Loliondo.

That said, the lake itself is home to a fascinating eco-system which thrives in this harsh environment. The lake is full of millions of Cyan bacteria – a salt loving micro organism which create their own food through photosynthesis. As the lake increases in salinity, so does the population of bacteria. The lake also supports a vast population of Spirulina, a blue-green algae with red pigments, on which the large population of Lesser Flamingoes feed on.

The lake is an extremely hostile environment and most other organisms are not able to live here. The alkalinity levels of the lake can become so concentrated, that they almost approach that of straight ammonia. Few predators can survive here, and the result is a safe breeding ground for the flamingos who return here annually to nest. 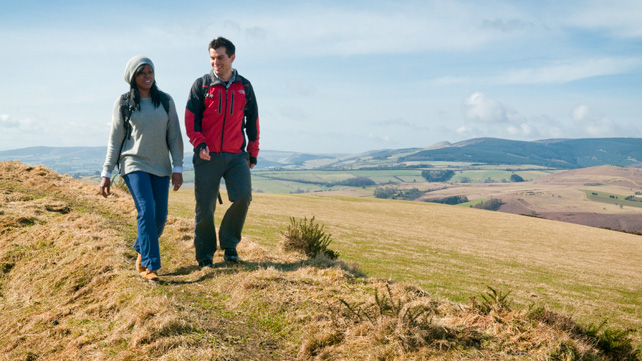 Activities in the Lake Natro n area focus mainly on walk alternatively to climbing Lengai, this adventurous hike leaves at dawn from camp and you transfer to the base of the rift valley wall. You then scale the wall on foot, ascending close to the Ngare Sero gorge to enjoy the dawn. A picnic breakfast is taken with you and once on top this is the perfect place to enjoy being in one of the most dramatic viewpoints in this region. After breakfast descend back down another route, or select the same way depending on time. 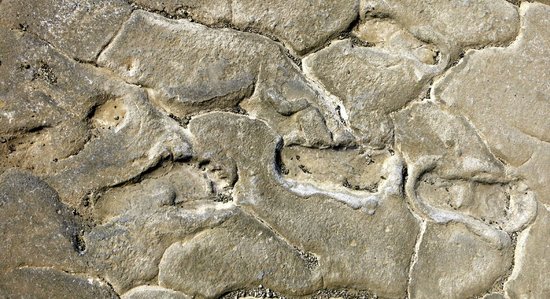 At Lake Natron there is foot print where many visitors like to visit. The visitors will walk to hominid footprints within our concession area. These footprints were discovered by members of our team and since then have been investigated by separate teams both locally and internationally to try to establish how they came to be. Initially it was thought that they might be as old as 100,000 years or more but recent studies indicate them to be younger. A fascinating chance to look back in time at a group of people that raises a number of questions about hominids in East Africa and part of a larger story of man in East Africa.

Time. It will take 1 to 2 hours combine with game drive other views. 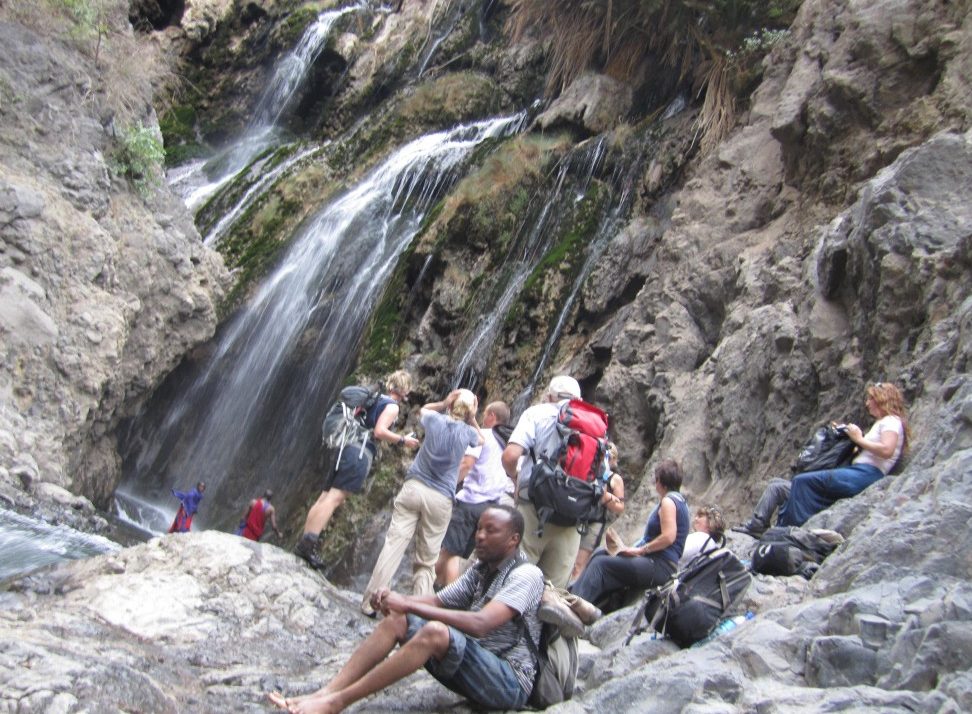 Here the tourist will take the chance to walk up to the ENGERO SERO WATERFALLS. This walk winds up through a shady gorge (very welcome in the heat) between steep cliffs. There’s a bit of gentle scrambling involved, and you’ll also cross the river a few of times. However, after a few hours you’ll reach a beautiful natural swimming pool surrounded by steep rock walls – showered by cascades of spring-water and overlooked by palm trees. We didn’t mind getting a little wet, and so loved this walk and the swim at the bottom of falls. 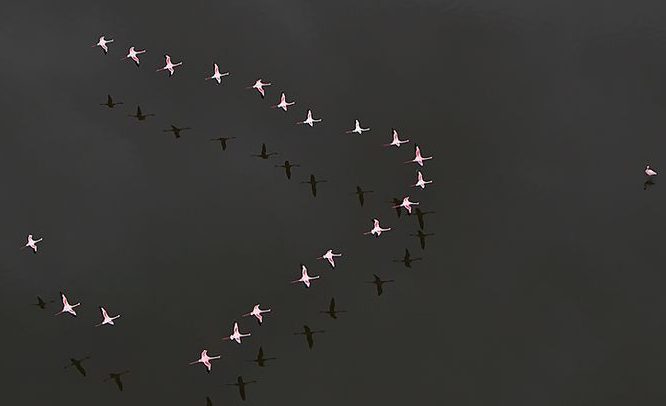 LAKE NATRONNATIONAL PARK IS THERE FOR YOU