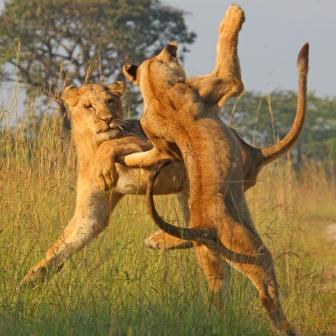 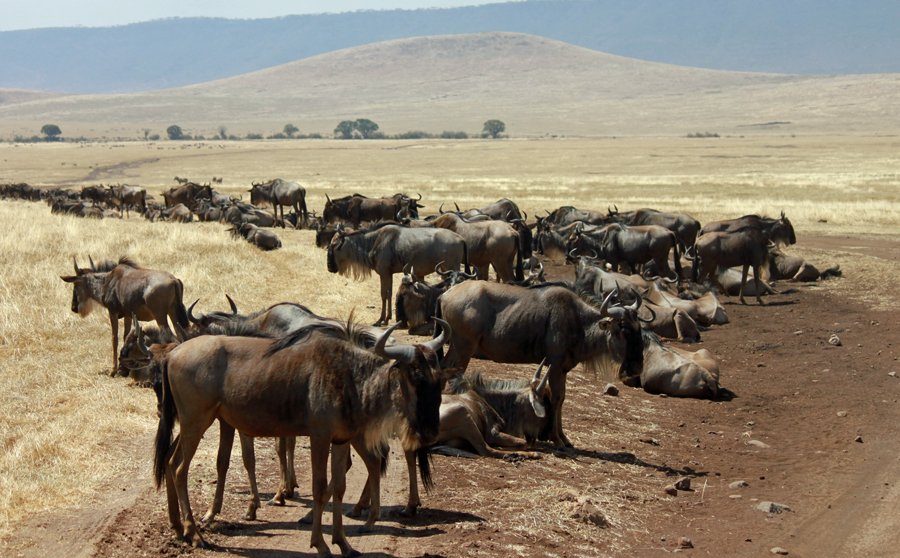 Take lunch in afternoon at Arusha town (12h45), Arusha is a city located in Northern Tanzania with a large/medium number of population approximately 1,280,000. Where the Mount Meru is situated. The City is on the Eastern edge of the Eastern branch of the Great Rift Valley. Arusha has a temperate climate (FAVARABLE CONDITION).

Drive from Arusha / Ngorongoro at 14h00

Dinner and overnight at Ngorongoro (19h00)

This day you will come down for 2000 feet – 600 meters, to the floor of the crater for a half a day crater tour. Explore the forest areas and nice landscapes that are inhabited by monkeys and elephant, the lake area, where you may see the flamingos and the open savannah where the lions hunt for food. You will come across hundreds of thousands of plain animals, elephant, buffalo, zebra, wildebeest, gazelle, rhino and beautiful landscape. Drive back to your Hotel (18h00).

Dinner and overnight at Ngorongoro (19h00)

Game drive Serengeti National park (08h00). The Serengeti National Park is a Tanzanian national park in the Serengeti ecosystem in Mara and Simiyu regions. It is famous for its annual migration of over 1.5 million white bearded (or brindled) wildebeest and 250,000 zebra and for its numerous Nile crocodile and badger. Maasai: the Serengeti is believed to hold the largest population of lions in Africa due in part to the abundance of prey species. More than 3,000 lions live in this ecosystem. African leopard: these reclusive predators are commonly seen in the Seronera region but are present throughout the national park with the population at around 1,000. African bush elephant: the herds have recovered successfully from population lows in the 1980s caused by poaching, numbering over 5,000 individuals,[8] and are largely located in the northern regions of the park. Eastern black rhinoceros: mainly found around the kopjes in the centre of the park, very few individuals remain due to rampant poaching. Individuals from the Maasai Mara Reserve cross the park border and enter Serengeti from the northern section at times. African buffalo: still abundant and present in healthy numbers. Drive back to your hotel.

Dinner and overnight at Serengeti (19h00)

After breakfast enjoying another day in Serengeti National Park landscapes and its wild life animals.

Then drive back to your hotel for lunch (13h00) and prepare for tomorrow to drive from Serengeti to Lake Manyara national park.

Dinner and overnight at Serengeti (19h00)

Game drive Lake Manyara National park (08h00). This is the lake which is located at the south west of Arusha Tanzania branch of East Africa Great Rift Valey.The 325 sq km park shelters under the massive escarpment of the Rift Valley and consists of five district vegetation zone with wide rate of flora. The park is famous for its tree climbing lions that laze On the branches of acacia trees during the hot day. It has over 350 species of birds, the most profuse and lively being the Flamingos, which at certain season from a solid line of pink for many kilometers down the lake. The Manyara Park whose Inhabitants include hippos, monkeys, flamingos, elephants, buffalos and many other plain games. Drive back to your hotel.

After breakfast 08h00 start safaris to turn back from Lake Manyara to Arusha city.

Welcome to WordPress. This is your first post. Edit or delete it, then start writing!